Queen's played league leaders Arbroath today at Hampden.  Despite a cold and snowy afternoon both teams put in a cracking display on the new but still not bedded in Hampden turf.  The first half belonged to Queen's.  They could have been five up by half time but went in 2-0 to the good. 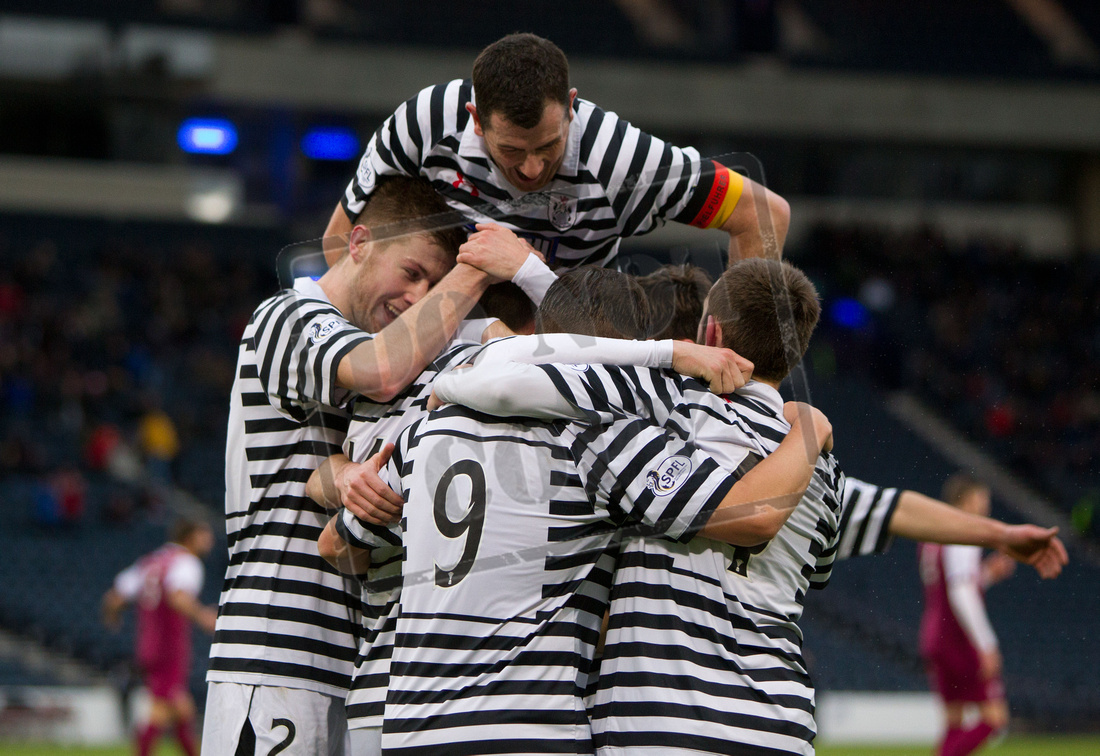 The second half saw Arbroath back in the game.  As with the previous encounter Arbroath missed quite a few chances to get back.  However they got a consolation goal (via a deflection) in injury time.

More pictures can be viewed here